Audiometric Tests: What they are good for - Blog on all things about noise and noise controls 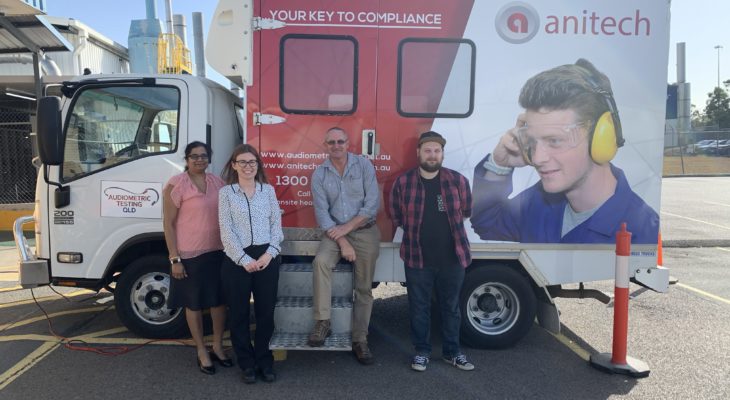 The audiometric test is a test of a person’s ability to hear. The biggest reason for the performance of an audiometric test is the fact that the environment in which we live and work is getting more and noisier. Even though there are rules and regulations which apply to these situations and that there are official regulations in place which determine the acceptable level of noise both in environments (mostly urban) and workplaces, prolonged exposure to excessive noise can be a determining factor in persons hear loss. Half of the population who has experienced hearing loss has experienced it due to excessive noise, mostly in the workplace. Hear loss due to noise usually doesn?t appear overnight, instead, it develops gradually due to prolonged exposure to noise.Tinnitus is also a common occurrence that is mostly linked to excessive exposure to noise and of course inadequate protection of the ears.

In today’s world, it is no longer uncommon to experience hearing loss due to noise. Many professions have introduced various forms of machinery and other technological advances to be more efficient and to increase productivity. Although most changes and advances are highly beneficial, one of the most unpleasant consequences in an increase in noise, especially in the workplace. The world is noisy and getting noisier, that is also the reason why audiometric testing is increasing in importance. Although noise assessment is more and more common, many times also mandatory, and that onsite noise surveys and individual tests help prevent countless cases of hearing loss, it seems it’s still not always enough. Audiometric testing is becoming more and more important not just for individuals, but entire companies. This is mostly the case with companies that are involved with heavy industry, metallurgy, energetics, transport, manufacturing and all other commercial activities in which excessive noise, mostly due to machinery can be problematic. That is the biggest reason why the number of companies decides to perform on-site audiometric tests for their employees. It can be a small expense compared to the potentially heavy cost of workplace injuries and other health and legal issues. It also makes sure that employees will remain healthy and safe on the job, at the end of the day good and capable employees count a lot in every enterprise. It can be argued that good employees are the backbone of every good company, that?s is also the reason why taking good care of them and their health and safety needs are always important.

What are audiometric tests?

The audiometric test is a hearing test and the performance of one is painless for the individual. It is also noninvasive and it measures person’s ability to hear different sounds, pitches, and frequencies. The general purpose of the audiometric test is to monitor and prevent hearing loss and in case that the hearing loss is determined, to determine in which part there is a problem. Auditory tests are mandatory in many countries for various companies in which there is a lot of noise on the job. It’s important to determine where the hearing problem occurs because human ears consist of three parts (outer, middle and inner ear) and all parts are crucial for being capable of hearing. During an audiometry evaluation, a variety of tests may be performed. A pure tone audiometry test measures the softest or least audible, sound that a person can hear. Sound is measured in decibels (dB)and frequencies in hertz (Hz). Aside from the softest and quietest possible sounds, the test also tests the hearing of high and low frequencies. A word recognition test is also performed, where the operator that conducts the test speaks various words which are accompanied by background noise and the person whose hearing is being evaluated repeats it. Another test that is performed A tympanometry test detects problems such as fluid/wax buildup, perforated eardrum, ossicle bone damage, or tumors in the middle ear. Another test is acoustic reflex testing. It evaluates the cranial nerves and brainstem. The whole procedure usually takes 60 minutes and no special preparation is required. It is important that the person who is being tested stays still and quiet during the procedure in which special headphones are used and which is conducted in a soundproof room. The earphones that are used are connected to the machine doing the measurements. It is also the purpose of those earphones to deliver the sounds that are tested. The sounds are delivered to one ear at the time for proper measurement. Many times audiologists request that the tested person raises a certain hand if they hear a sound( left hand if left ear and right if right ear). After the procedure is completed the person tested and the Audiometric screener will go together through the test results and if necessary Audiometric screener will provide further instructions about the issue.

The biggest reason why audiometric tests are important is that that?s is how many cases of hearing loss can be prevented. It makes sense for many companies, especially those for whose employees audiometric tests are mandatory to decide in favor of onsite audiometric testing. There are more reasons for this. Some of those reasons are that it’s usually cheaper and faster. The employees in which hearing loss was identified and areas of it within the ear properly determined are discretely informed and referred to the occupational health department. Although the procedure and equipment used are not all that different. The on-site procedure is, however more popular since it is less disruptive and more cost-effective. Usually, the tests are performed in a special vehicle of the operator, which is properly equipped. The technicians are capable of conducting audiometric tests in a shorter period of time for a bigger group of people. The equipment used is virtually the same and the quality of testing likewise. The cost-effectiveness and the fact that the audiologists arrive at the site to conduct audiometric tests for the entire facility if necessary is making an increasing number of employers realize that this is virtually the best way to conduct audiometric tests for employees in accordance with all the laws and regulations required. The main reason for audiometric testing is not just laws and regulations however, its health of employees and colleagues within the organisation. We all have just one set of ears and if we lose the use of them it can be gone permanently, therefore it is wise to take appropriate preventive measures to preserve them.

If you need to discuss audiometric testing needs nationally, contact us now on 1300 889 289.